A few jumps is all she needs. Give her that, and she’ll handle it from there. 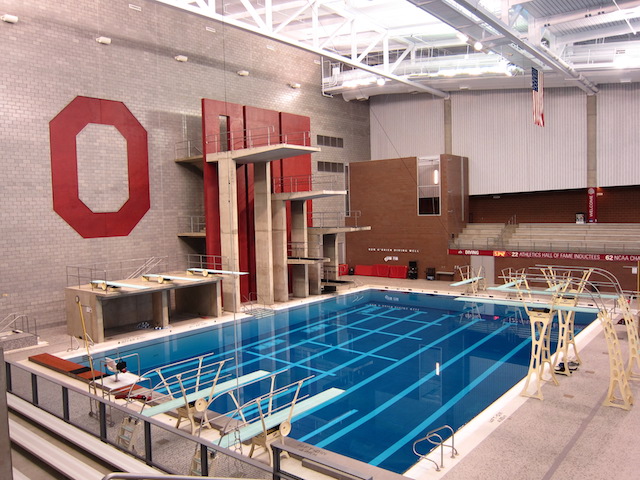 With her first-place finish in the 3-meter diving event, junior Olivia Rosendahl became just the second Wildcat diver to ever win an event in the Big Ten Women’s Swimming and Diving Championships.

Already an NCAA champion in platform diving, Rosendahl led the way for a Northwestern team that would finish seventh out of 13 schools. The Wildcats remained in the middle of the pack throughout the four-day championship hosted by Ohio State, and picked up a couple NCAA Championship qualifications and schools records along the way.

Living up to expectations, Rosendahl qualified for A Finals in all three diving events. She finished fourth in the 1-meter diving event, second in the platform diving and emerged victorious the 3-meter. Her feat in the latter saw her join ‘06 3-meter champion Chelsea Davis as the only Wildcats to take home gold at the conference championships.

Though Rosendahl, last season’s NCAA champion in platform diving, would lose to 2017 runner-up and Indiana junior Jessica Parrtato, she will have a chance to make up for it in this year’s college championships. She qualified for all three events with A Cut times, and will be joined by junior diver Eryn Scannell, who A Cut during the platform event. Many other Wildcat swimmers made B Cut for a variety of events, and will wait to see if they qualify for an invitation to compete in March’s championships.

Michigan would finish first overall at the event, securing themselves the three-peat in the Big Ten Women’s Championships. Wisconsin sophomore Beata Nelson, who won both individual backstroke events, was named Swimmer of the Championship, with Co-divers of the Championship going to Rosendahl and Minnesota sophomore Sarah Bacon (winner of the 1-meter). Other notable swimmers included Ohio State senior Liz Li and Indiana junior Lilly King, who each won four total events.