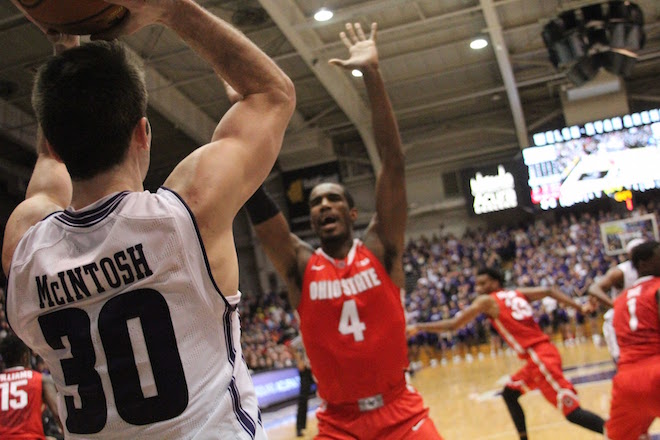 Freshman Aaron Falzon enjoyed a 20-point day on which he shot 6-for-9 from three-point range. The sharpshooting forward had a much-needed bounce back performance, as he was just 1-for-9 from three over the two game losing streak.

Northwestern improved to 4-0 in true road games with the victory. The 25-point win was its largest margin of victory in a Big Ten road game since a 77-20 win at Chicago all the way back in 1944.

The Wildcats will host Wisconsin this Tuesday, Jan. 12 at 6 p.m.

It was certainly not the start the Wildcats wanted in Big Ten play, as they now sit at 1-3 and have still yet to face No. 5 Ohio State and No. 8 Maryland.

Michigan State outscored NU 23-9 in the second quarter to build a 42-24 halftime lead. The Spartans never looked back, only extending their lead in the second half. Redshirt junior Aerial Powers got the best of the Wildcats’, putting up a game-high 21 points and 12 rebounds.

The road will not get any easier for NU, as its next two games are against the two best teams in the Big Ten – No. 5 Ohio State and No. 8 Maryland. The Wildcats will need to regroup and perform much better if they have any hopes of avoiding a four game losing streak.

The ‘Cats will return home for a battle with Ohio State on Thursday, Jan. 14 at 7 p.m.